Our next meeting will be on Saturday, July 21 at the Looking Glass Restaurant at 329 Warfield Blvd. Dutch treat breakfast will be at 9:30 am, with the business meeting to start at 10:00. We have two fantastic speakers this month! 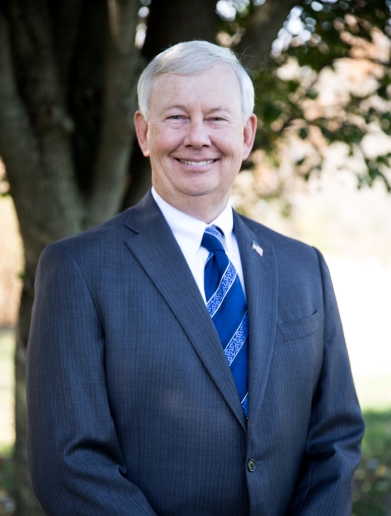 It almost seems strange including a biography on Bill since he’s always been such an active associate member of our group.  However, many of our newer members (and some of our long-term members) may not know about Bill’s background and why he’s uniquely qualified to be Clarksville’s next mayor.

Education and Commission – Commissioned a 2nd Lt. through AFROTC at the University of Tennessee with a BS in Industrial Management.  Masters degrees in Management from Webster University, St. Louis, MO.

Political experience – Elected in 2007 and served as a two-term city councilman for the City of Clarksville (Ward 10) (served on numerous board and committees to include the Customs House Museum and Community Action Agency); researched and initiated the use of technology and procedures to make the council more efficient and cost effective in doing business and better able to communicate with constituents.

Currently organizing the Tennessee Veteran (TVET) organization, which will unite state veteran organizations under one political entity/organization for the purposes of working legislative needs/issues for Tennessee military active duty, veterans and their families.  Organizing member of the “Veterans’ Day On The Hill” team, which has brought hundreds of veterans to meet face-to-face with their state legislators in Nashville to discuss veteran issues.  This effort restored full property tax exemption for 100% disabled veterans in 2017. Also working with state Senators and House Representatives and the state military legislative caucus on veteran legislation needs. Spoke before and attended numerous legislative committees, written legislative bills on behalf of TVET/veterans and stood with the governor during the signing of some of our legislation.

Again, it almost seems strange including a biography on Sen. Green since many of us have been with him as campaign volunteers and vocal supporters since his political career began.  Mark is definitely a friend of Red River Republican Women!

A resident of the 7th congressional district since 2002 when the Army moved Mark to Clarksville with his family, Green recently sold his Clarksville-based healthcare company founded in 2009 that has grown to $200 million in annual revenues. In the State Senate, he has served as lead sponsor of the Hall Income Tax elimination bill, sponsored the Teachers’ Bill of Rights and numerous veteran and small business support bills, and worked against the expansion of Obamacare by passing a health savings account pilot program. A graduate of West Point, Green has served our nation in Iraq and Afghanistan and is the recipient of a Bronze Star and Air Medal with V device for valor under enemy fire.

Note:  Several of our members worked with Mark on the Teacher Bill of Rights bill which was signed into Law last year.  Mark took the time to sit and talk with teachers of every age group and affiliation and used our input to craft this law.  It’s rare that anyone asks teachers about what really goes on in education, so the fact that Mark did this speaks volumes.